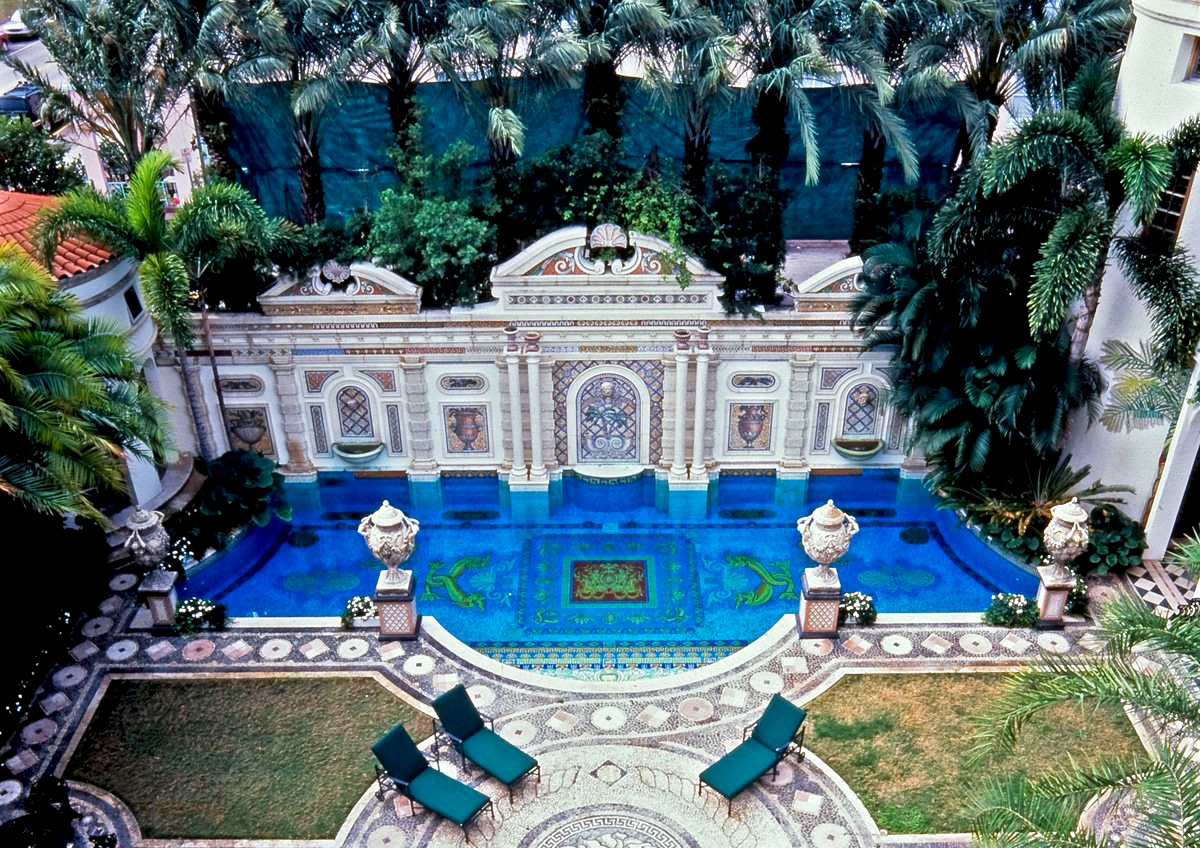 The Villa Casa Casuarina is a luxury hotel located in Miami Beach, Florida, USA. It was built for Alden Freeman, an architect who had more than enough money. He came from a wealthy family, so funding a Columbus Alcazar-esque property was not a huge undertaking for him. Alden died in 1937 in the house. After his passing, the property was purchased by Jacques Amsterdam. He managed to turn into a twenty-four-unit residential building. In 1992, the house was purchased by its most notable owner – Gianni Versace. After living there for five years and renovating the house to fit his vulgar style, Gianni was murdered by Andrew Cunanan.

Three years later, the house was sold once again. Peter Loftin was the one who purchased it. After being owned by the telecom entrepreneur, the property was finally sold to its current owner – the Nakash family. In 2015, it was turned into a luxury hotel that is now considered one of the best options for tourists and locals visiting Miami Beach. There are three floors, ten suites, and one restaurant.

The building itself is just an extraordinary piece of architecture. The exterior is highlighted by vibrant colors. They reflect the golden glow of the sun all around the property. From the front, you can even see the entranceway glowing. Just based on that, the Versace Mansion is a great option. Even the front door is phenomenal!

Inside the property, you can find several fountains and they are all breathtaking. Other water features are beyond legendary by this point in time as well. Apart from the incredible design, Villa Casa Casuarina also has the world’s most famous outdoor pools.

Here are a few common threads we found in the reviews:

As far as negatives go, some people point out that the stay at the hotel seemed a tad overpriced to them. Of course, that’s entirely subjective.

W Miami: Best Things About One of the Most Underrated Hotels

ABOUT US
My name is Ryan Hormel, traveler and blogger, Miami native. I’m a travel blogger from Miami, FL. I love traveling and staying at different hotels, including the ones in my hometown. Here I will share my honest reviews and opinions on various hotels, so stay tuned for more updates and enjoy!
FOLLOW US
Miamiluxuryhotels.net All rights reserved. Copyright © 2021